By now it’s possible that people may have worked out that I enjoy moments of destruction. Seriously, what I would probably rate as the best day of my life was when I wrote off my work van in a crash with a bus. The bus pulled out in front of me and I slid into the side of it at 80km/hr. I will admit to feeling the slightest bit of fear in the form of “What will the boss say about me smashing my work van?” but when I realized there was no more I could do to avoid it and it wasn’t my fault I just sat back and enjoyed the ride. A loud bang, smashing glass in all directions [until the windscreen wrapped itself around my head that is], most of the side windows were smashed, all the auto-electrical spares in my van flying all over the place-mainly toward my head. The heavy tool-box at the back ripped out of its holder and the ladder behind my head took most of the force before allowing it to rest up against my shoulder. After the fire department eventually cut me out I looked at the side of the bus and realized that if the bottom part hadn’t been so strong I would have slid into the luggage compartment and possibly left my head at the back of the van somewhere. Two weeks later I was still picking bits of glass out of my head. If I had to choose one day to re-live I know what it would be. 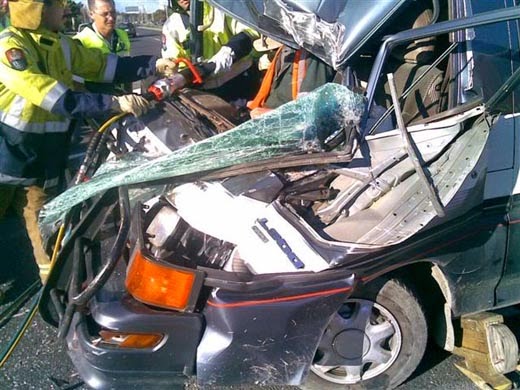 Due to the dangerous nature of this type of photography I’m not going to mention the part number of the SCR I used because anyone wanting to duplicate this type of photography should be competent enough to look it up and know what they are dealing with. If I remember correctly the one I am using is capable of switching up to 800 volts with an initial surge of 3800 amps. A rough calculation tells me that is 3 million watts of energy, or basically 3000 times more powerful than the average microwave which is why you need to be very careful with this type of photography. 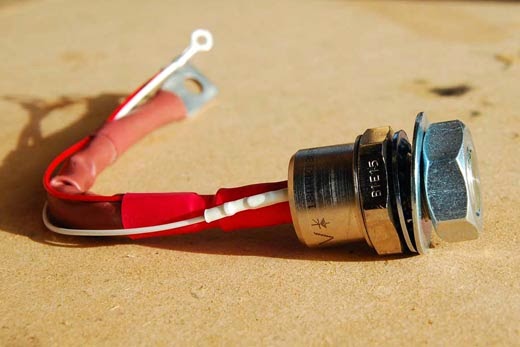 And this is how I wired it up. If you can work that out there’s a good chance you are capable of using it reasonably safely but there’s no way I will provide a step-by-step guide for total beginners to fry their hearts. 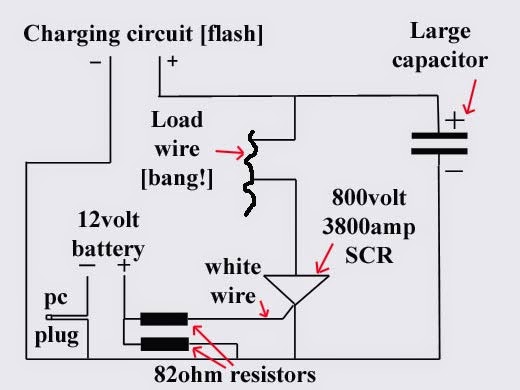 Now for those who think I’m not capable of being artistic think again! This is what my first box looked like :D . 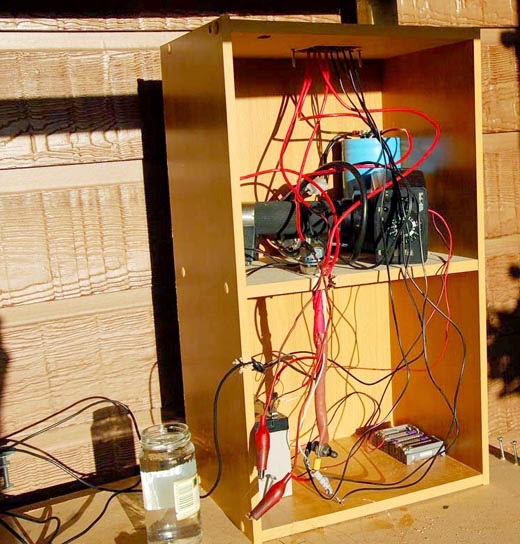 For my fist experiment I simply switched the capacitor across a thin piece of wire to see the wire explode. I’m using a 3300uf capacitor charged to 325 volts by an old flash. 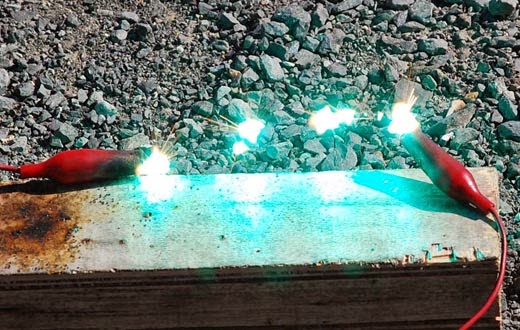 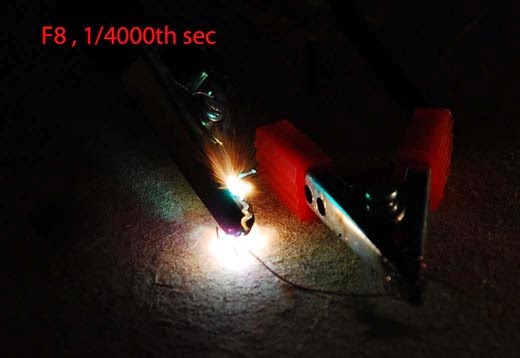 The next experiment was to see if a wire would still give a bright flash under water. And it did. 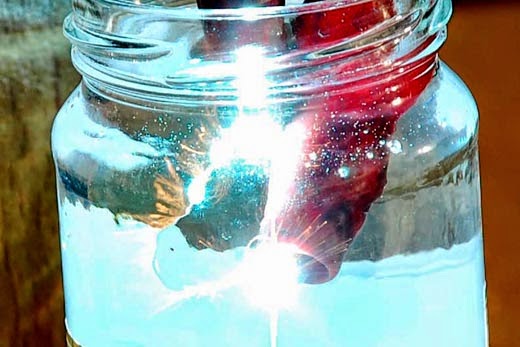 What happened next was both surprising and encouraging. This time I had the wire a little close to the side of the jar, I got my picture but the shock wave of the burst traveled downwards and blew the bottom of the jar out. The video can be seen under the title “SCR in water” on YouTube. 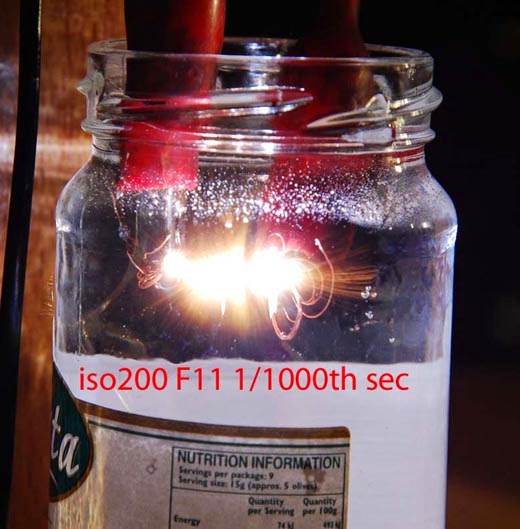 The resulting destruction of the jar was pretty impressive. I need to get some more jars I think ☺ 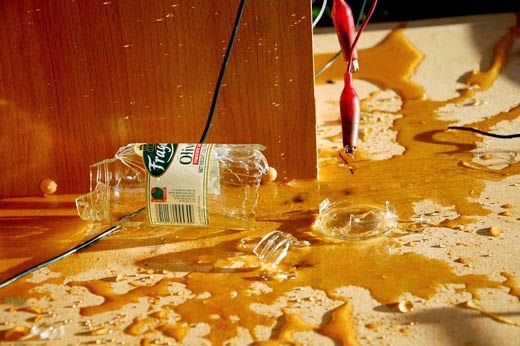 I have since refined the design of my SCR switching circuit and now perhaps it has a better chance of clearing customs perhaps?
Nah! 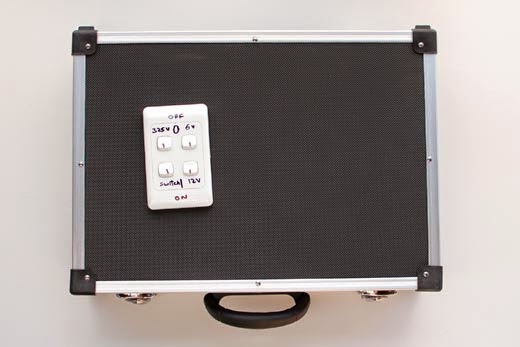 The block of switches cut out all the dangerous wires so I can work with my subject – if I remember to switch them all off that is! With the right tools I think the circuit could be greatly improved and made more compact. The 12 volt battery doesn’t need to be so large, it was just the only one I had. 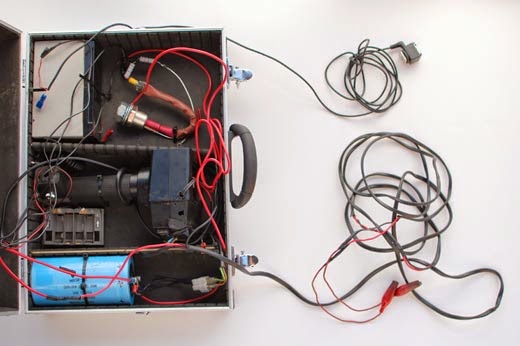 What else can be done with this system? Well it’s all up to your imagination I suppose. What would happen if we wrapped the exploding wire around a balloon full of propane gas for example? Nothing actually, the mixture is either too rich to ignite or the wire explodes so fast that it is all over before the gas manages to escape. Taken with the D40 with its 1/500th flash sync speed. 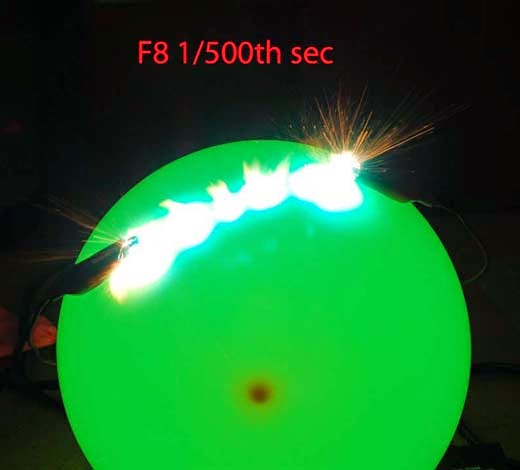 This all happened so fast that all I got was a balloon lit by the flash of the wire without time to burst. 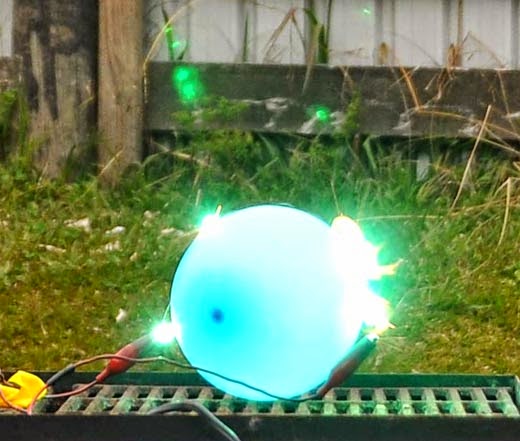 The solution was a little scary to work with. I needed to put a candle next to the balloon so that when the gas escaped it had something to light it. It’s a little ‘iffy’ when you consider that we are also working with wires that have sharp ends that could burst the balloon while lighting the candle. It also required using 5 fps with the D90 because an explosion actually takes a long time to happen compared to how fast a wire blows up. 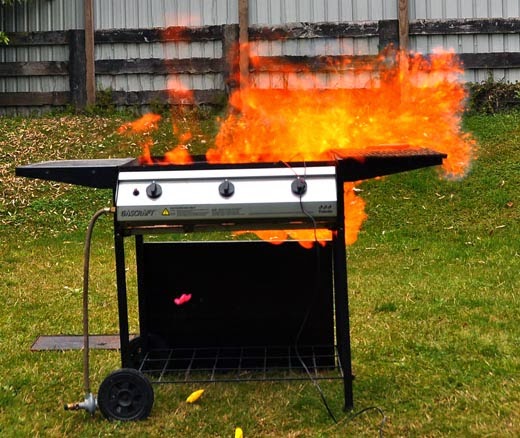 Enough of that, let’s get the gunpowder out. It’s actually not that scary to work with because it will only explode if confined. When you light it in the open it just fizzes.
In the first sample image it becomes apparent why Nikon don’t still make CCD sensors that can trigger flash at any speed. One of their disadvantages is the fact that they flare with bright light, not that you can’t control it once you know how. You can also see the green flash that the wire causes on the stone on the right. 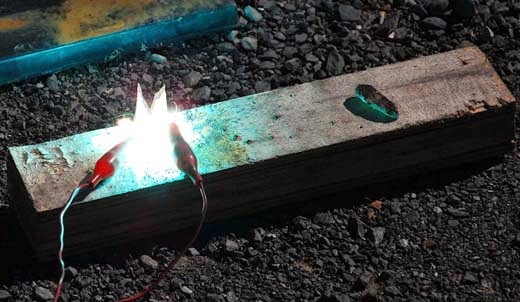 If you place a stone on top of the gunpowder, and a bursting wire in the middle of it all, you get a flash, a loud ‘pop’, and the stone jumps up in the air. 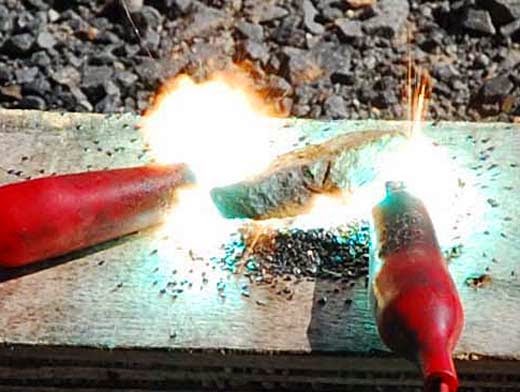 What about water balloons? Well the biggest problem is the bright flash that dominates the scene and the fact that it is al over so quickly that there isn’t much time to see the balloon burst in all that light.
One solution is to use an optic trigger and let your camera’s flash trigger that with its pre-flash. You see, when you take a picture using flash, just before the picture is taken the flash fires very weakly so that the camera can do its measurements and decide what power to fire the flash at. So if you set your flash power to “-3” you won’t even see it in the final image, but the pre-flash that your camera/flash does to measure the final output will trigger the optic sensor of your SCR system and cause the wire to burst a fraction of a second before the picture is taken, that way you won’t see the flash. Of course if you want to use the flash to help freeze the motion that is also an option. Just be sure nobody is taking pictures of you doing this when handling the SCR because that could make it go off in your hands if they are using flash!
The following image was taken using the pre-flash to trigger the bursting wire just before the picture was taken, so there is no green flash of wire in the image. 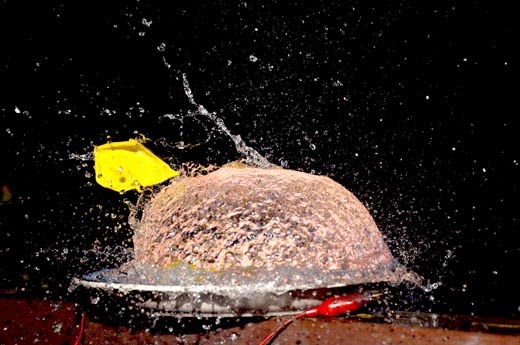 Of course in a situation like this it is better to use the flash to freeze the motion. This is where HSS or high-fp flash (if your camera/flash can do it) is handy. The camera uses a trick mode, explained in my previous book, to fire the flash continuously at any speed. That way you could take a photo at 1/4000th of a second and blow something up just before the shutter fires and not have the bright flash of the wire bursting, but still have the camera’s flash lighting the scene at high speed. Of course with balloons there is always the variable of if and where a piece of rubber may be when you capture the image ☺ . 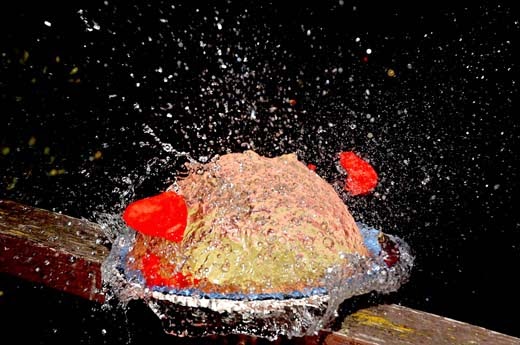 Another possibility, if you have patience, is to freeze the wire in ice and see what happens when it bursts. With my first attempts the rapidly expanding steam simply blew the wire out of the hole surrounding the plastic part. 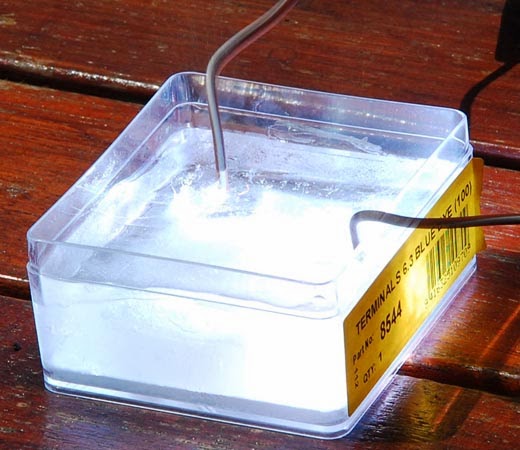 If I had more patience I would do it again and tie a knot in the plastic part of each end of the wire so that it can’t be pushed out, perhaps the ice cube will split open for me. I have so many ‘shelved’ experiments waiting for a rainy day still as I continue my quest for a decent explosion.
Speaking of which, I think it’s time to start discussing the Trigatron, perhaps the answer to…… actually I don’t know what the question is but it sounded pretty cool didn’t it?

Posted by Desmond Downs at 9:34 PM