Early Attempts
My early attempts at high-speed photography involved a modified truck-starter solenoid. The Delco 40MT solenoid is quite easy to work with. I had to connect up a 24volt feed to the pull in winding using two large batteries. Then I drilled a hole in the back plate so I could push a long bolt up against the plunger. I connected the pc plug wires to the two large switching bolts at the back of the solenoid so that when it pulled in it would fire the flash. It wasn’t easy finding the right distance but eventually I got some photos with a light bulb breaking at high-speed. 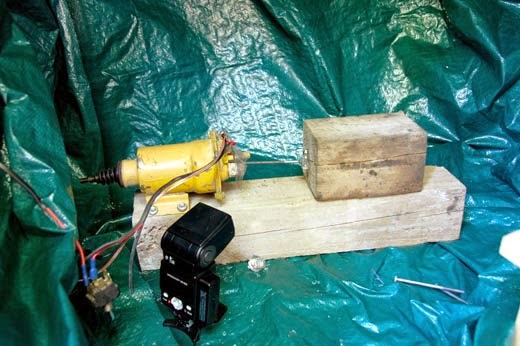 The first one was simply messy. 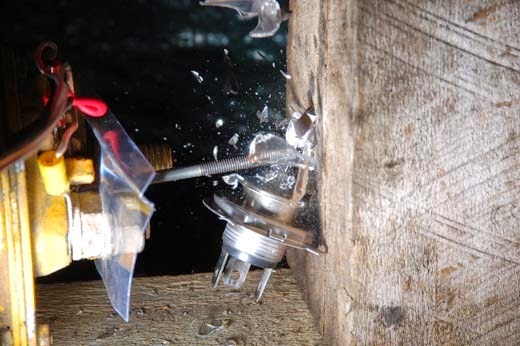 Finally I got something reasonably presentable but the bolt didn’t exactly add to the image, it simply got in the way. 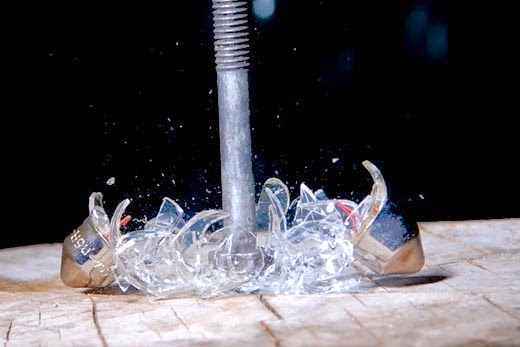 There was definitely room for improvement so I had to move on.